SPIDER MEETS SPYDER Not for arachnophobic

What do you do when you finish an assignment hours ahead of time? Do you pack your gear and go back home? Hell no! You take some more pictures and on top of it, you try to have some fun!

I was recently sent on assignment by National Geographic to shoot spider webs. I knew it would have been an indoor shoot (the spiders were kept at a laboratory in a French university) so I had already planned to shoot with the camera tethered to my laptop. With this kind of macro photography, being able to see the result of your efforts right away on a computer screen is a big plus! Not only do you want to look at the images in realistic colors, but also with precise colors.

As I do every time that I shoot tethered, I had my Spyder4 with me. I know it can sound a bit maniacal, but I really love my routine to start a shooting session with a laptop calibration. Another tool to consider a must have if shooting with controlled light, is my SpyderCHECKR. This allows perfect color rendition without wasting time in trying to get the right colors in post processing.

Time goes by, I spend a couple of days shooting spiders (without the Y, real ones) weaving webs, in every possible way. Suddenly I realize I am finished a couple of hours ahead of schedule. That’s kind of weird, as I am constantly running out of time when shooting.

I could have called the researcher in the next room to put the spiders back in their homes (not sure this is the appropriate name for a small plastic box with some drops of water and a a few dead flies.)

Instead, I decided it was time for some fun.

So what do you do after almost 48 hours in a lab room, surrounded by spiders, with some hours left, a dSLR and a Spyder? You introduce spider #648 to Spyder4 and take pictures of it!

It would have been definitely more romantic is spider#648 had a real name, or at least a nickname (I would personally call him “Webby“) but I guess remembering about 1000 names (that’s how many spiders they have in the lab) would be kind of difficult for the researchers

With the lights still in place, all I had to do was make the meeting happen…

At first, spider#648 was a bit shy, I guess the size of Spyder4 scared him, but after a few spins and twirls in the air, finally he decided to approach him directly, and he did the panoramic tour of Spyder4. He actually enjoyed meeting the evolution of his species so much that we had a hard time putting the spider back in his nest, he kept running back to Spyder4!

In the end, we can safely assume a couple of things: – I ended up running out of time and dealing with the researchers complaints and Spyder4 and spider#648 are definitely new friends with vision 😉 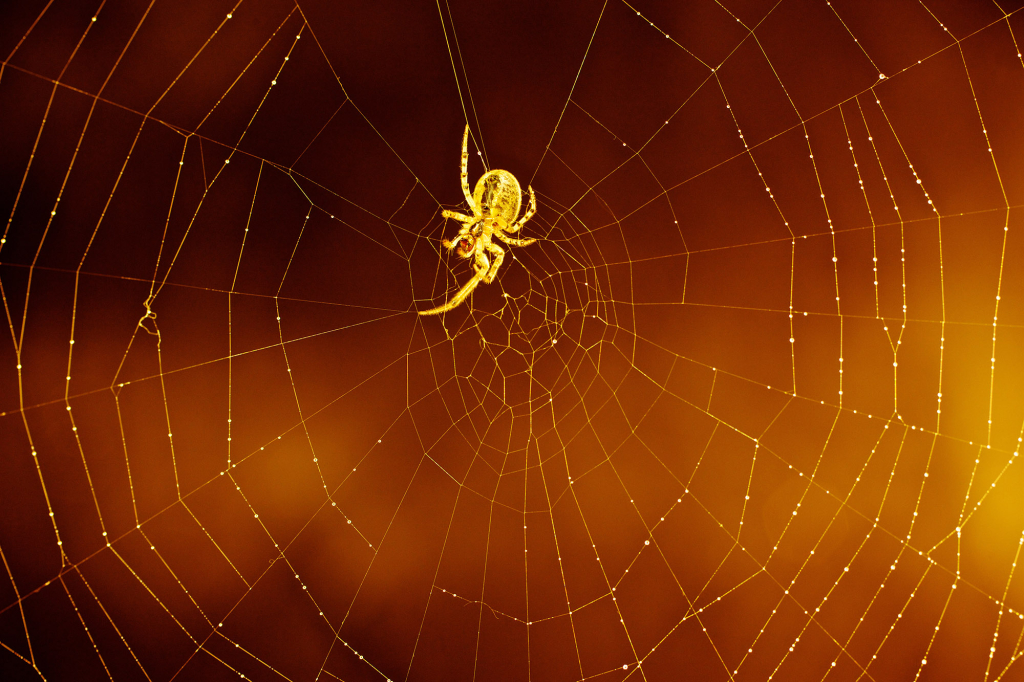